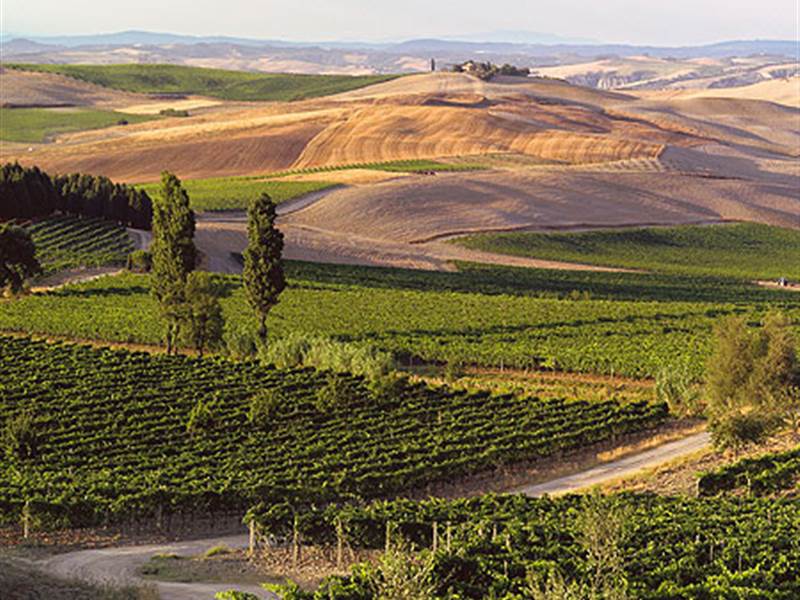 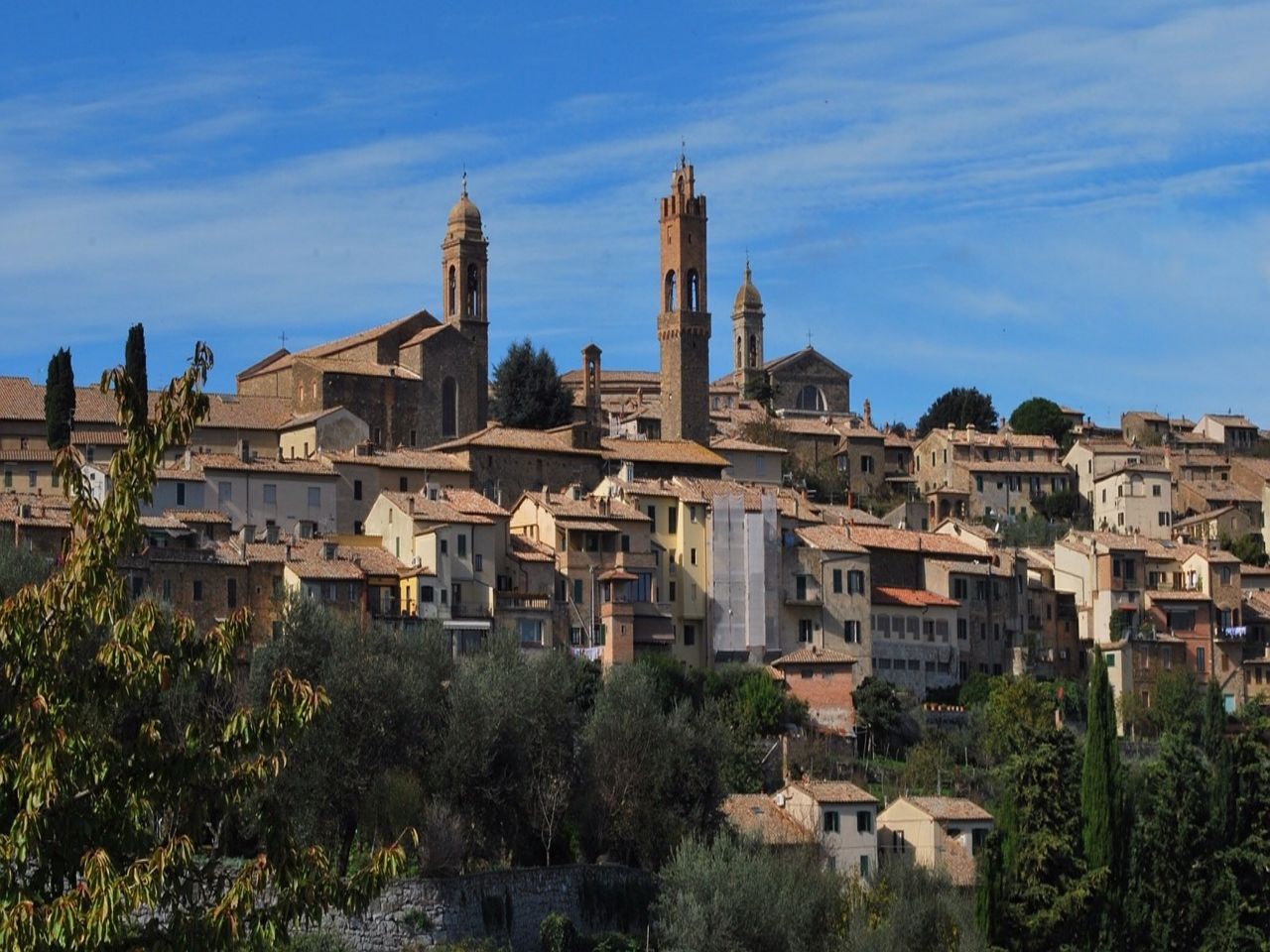 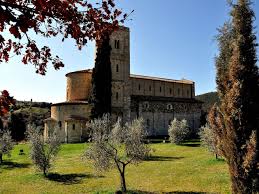 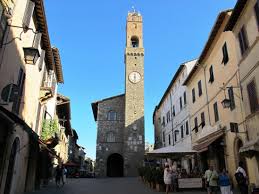 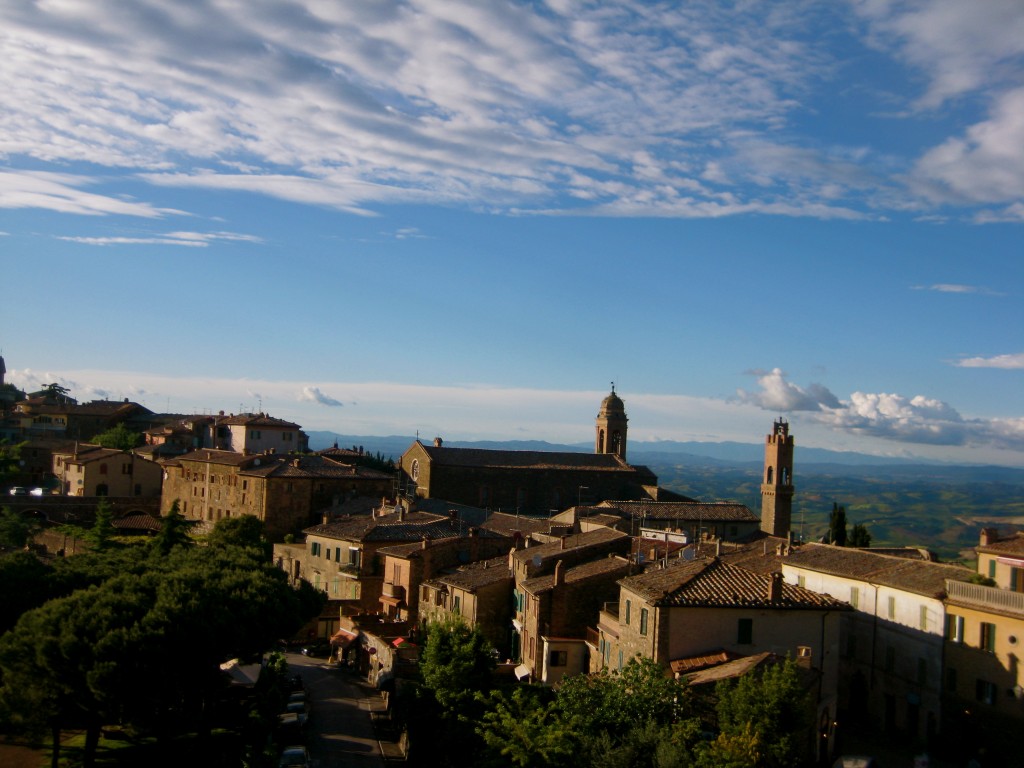 Montalcino is an Italian town of 5,278 inhabitants in the province of Siena in Tuscany. It is famous for the production of Brunello wine

An agricultural landscape of great history and great beauty that , since 2004 , is registered in the UNESCO World Heritage .

The territory of Montalcino consists of a single large hill largely cover of woodland. The crops vineyards, olive groves and arable land with a large number of stone buildings that testify thehe hundred-year cultivation of lands. Montalcino with the villages of Castelnuovo Abate, Sant’Angelo, and Torrenieri are small art town and have a total population just over five thousand inhabitants.

The production area of ​​the wines of Montalcino located inside the territory of Montalcino. A District of 24,000 hectares, of which Only 15% is occupied by vineyards. The area has a nearly square shape, whose ‘sides’ are delimited from rivers Ombrone, Asso and Orcia.
The hill of Montalcino has many soil environments for having formed in different geological eras. More shallow areas are composed of land originated in the quaternary destroyed enough with the debris transport on a deep active layer. Going up, the soil is enriched of structure while active layer is reduced, being formed soils this decomposition has the original rocks, in particular marl and limestone.
Montalcino is about 40 km as the crow flies from the sea and 100 km From the Apennines.

The views are true absolute masterpieces like Those preserved in the Diocesan Museum of Sacred Art, with one of the richest collections of paintings and wooden sculptures of the Sienese school. Among the many churches stand the St. Augustine (1300), the neoclassical cathedral, the Sanctuary of the Madonna del Soccorso and S. Egidio, the church “of ‘Senesi’. The Town Hall (late XIIIcc). A 9 km from the center of Montalcino rises The Lonely Abbey S. Antimo, whose monumental temple (twelfth century). It presents coming one of the best examples of romanesque-french present in Italy. Montalcino, sweetly lying on top of a hill 564mt above sea level, in 2004. Along with the Val d’Orcia, was recognized as World Heritage Site.